1928
A committe urging about $400,000 for improvements in the impending bond issue appeared at City Hall today asking for San Antonio to vote in favor of the funds.  It promises to be the largest funds in the city’s history.

1938
Marked temperature changes during the past few weeks have sent a number of San Antonians to bed with pneumonia.  Dr. W.A. King, city health officer, said the pneumonia wave, while not an epidemic, is spreading.

1968
HemisFair is seen as a boost to the president’s “Discover America” program, according to F.J. Mullins, senior vice president at American Airlines.  He said material on the fair is being placed in the seat pocket of every American flight. 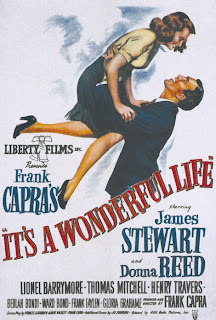 The Turner Hall on Houston and St. Mary’s Street (where Empire theatre now stands) is begun.

1898
It has been suggested to The Light that our churches be equipped with a slot machine.  It would save the deacons the trouble of passing around the hat and be a dead sure way of raising the preacher’s salary.

1947
“It’s A Wonderful Life” debuts at the Majestic Theater, two months and six days after its national premiere.

1868
The clock tower on the Ursuline Convent is erected.  There is no clock on the north side of the tower because there was no settlement north of that location at the time.

1883
The cornerstone of Paine (Travis Park) Methodist-Episcopal Church is laid.

1938
The city sanitation engineer said there is a likelihood that every dwelling in San Antonio will be provided with sewage facilities during 1938.  He revealed that 93.28% of the dwellings are now connected.

1892
The artesian well at the Santa Rosa Hospital still in running its water into W. Houston, ruining the macadam on the street. It should be stopped.

1932
One German army officer, two officers of the regular Army and 98 flying cadets will be graduated from the basic cource at Randolph Field this week, the first class to finish training at the West Point of the Air.

1942
Date-making flying cadets have made empty telephone booths scarce about town and prompted the Gunter Hotel to install a whole battery of the nickel-dialers to the basement.

1949
Jack Handey, of Deep Thoughts fame, was born in San Antonio on this day.

The Texans in the Alamo are summoned by Santa Anna to surrender. He is answered by a cannon shot.  Colonel William Barrett Travis writes his famous letter:
Commandancy of the Alamo
Bejar, Feby. 24, 1836
To the People of Texas & All Americans in the World
Fellow citizens & compatriots
I am besieged, by a thousand or more of the Mexicans under Santa Anna. I have sustained a continual Bombardment & cannonade for 24 hours & have not lost a man The enemy has demanded a surrender at discretion, otherwise, the garrison are to be put to the sword, if the fort is taken. I have answered the demand with a cannon shot, & our flag still waves proudly from the walls. I shall never surrender or retreat. Then, I call on you in the name of Liberty, of patriotism & everything dear to the American character, to come to our aid, with all dispatch. The enemy is receiving reinforcements daily & will no doubt increase to three or four thousand in four or five days. If this call is neglected, I am determined to sustain myself as long as possible & die like a soldier who never forgets what is due to his own honor & that of his country VICTORY OR DEATH.
William Barret Travis,
Lt. Col. comdt.

P.S. The Lord is on our side. When the enemy appeared in sight we had not three bushels of corn. We have since found in deserted houses 80 or 90 bushels and got into the walls 20 or 30 head of Beeves. Travis

1898
San Antonio banks have run short of nickels and had to call on the mint for a new supply.  John R. Wood has received $100 worth of 1898 five-cent pieces.

Carleton Adams, architect for the Cenotaph to the Alamo heroes, has released drawings of the $100,000 pylon.  The shaft will be 60 feet long and 12 feet wide.  The base will be of Texas granite.
1948
Fort Sam Houston’s national cemetery has been allotted $33,000 for construction and development in a national program to honor WWII dead.  Most of the money will be spent for roads, curbs, gutters and a sprinkler system.

1948
City Hall employees were deprived of a Washington’s Birthday holiday for the first time in their recollection.  The majority of the Courthouse employees were enjoying a holiday, however.

1968
The River Walk Lodge, in the old Casino Building at 102 W. Crockett, is scheduled to open April 1 as the city’s newest youth hostelry.  The six-story building will cater primarily to high school and college-age youths as a low-rent hotel.

1910
Louis Paulhan, “King of the Air,” flew his aeroplane over the city today.  He attained an altitude of 2,500 feet flying from Kirby to San Antonio and return, a distance of 18 miles in 21 minutes.
[This was the first airplane flight in Texas.  Benjamin Foulois made the second, and the first military flight, on March 2, 1910]

1860
Colonel Robert E. Lee, Lieutenant Colonel of the 2nd Cavalry Regiment arrives at San Antonio to take charge of the Department of Texas.

1892
Travis Park Methodist Church will be dedicated on Feb. 28 by Bishop J.S. Key.

1928
San Antonio triumphantly became the greatest base in the American Air Corps when President Coolidge signed the bill authorizing the establishment of a flying school on the 2,000-acre tract; 15 miles out the Seguin Road.

1938
The Lasso girls, the Jefferson High School girls cheering section, was formed this week in a drum and bugle corps.  The 37-piece group will hold their first meeting at the school, which will furnish instruments.

1942
Wooden hangars are in prospect for San Antonio’s new airport, for which the name MacArthur Field has bee suggested, as the OPM has turned down a request for steel priorities.

1916
The cornerstone of the Robert B. Green Hospital has been ordered.  The stone will be laid in ceremonies to take place about the middle of March.

1958
A slim, “good-looking” bandit staged a stick-up for the Oppenheimer Bank, 226 W. Commerce, and escaped down a nearby alley.  The robbery was the first in the 100-year history of the bank.

1978
More than 300 people turned out at the Hilton Palacio del Rio to wish Archbishop Francis Furey a happy 73rd birthday.  The event was the annual Archbishop Furey Charities Fund Dinner, a special fund that enables the archbishop to respond with aid when disaster strikes anywhere in the world.